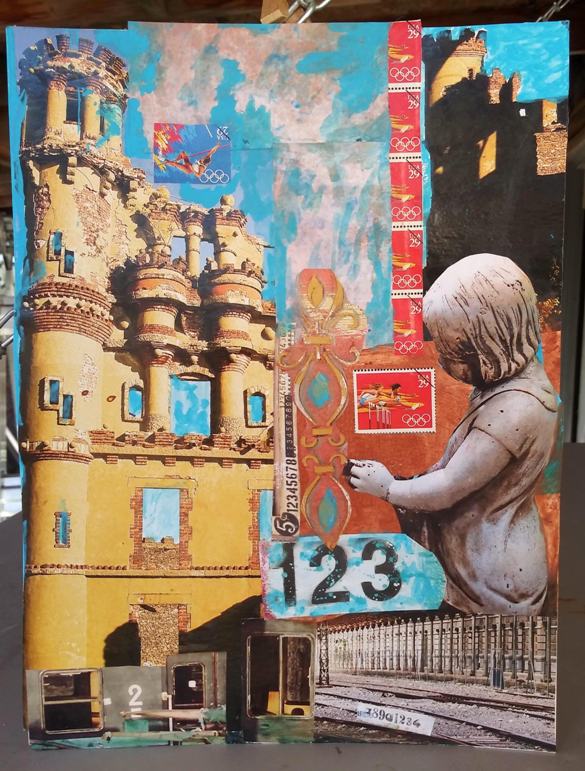 Story of the Universe:

Somehow as a child, I knew this...
but immediately "forgot" it.
Over the years , there were some "hints" and then, just the other day... WHAM
The whole story suddenly showed up.

This is a story about the 3D earth and this universe (short version).
First of all, there are "endless" universes!
No one talks about this!
Maybe there are some hints around but all our great thinkers,
all the great spiritual leaders...don't talk about this!
They all talk about THIS universe!

Here is the secret...
THIS universe was formed after much consideration
from many "Universal" conferences and debates.
This was a group of highly advanced elders.
They all decided that a new universe would be formed as an "experiment"
to see how a three dimensional world would evolve and if it went well,
then that new universe would join in
with the other existing universes in the greater harmonies.

There were some "rules" set up...
The inhabitants would be some form of "human"
that would develop mentally, physically and spiritually.
They would be told that they have totally free will,
and they would get no help from the greater universes.
Also this universe would contain ingrained opposites...
light/dark, day/night, good/bad, love/hate.
But there was a greater "secret"---that there was "free will" to a limited degree;
as they would have this thing called "reincarnation"
in which a thing called "karma" would be installed.

As each person was born, they would mostly "forget"
about what they learned in past lives and need to start over each lifetime.
This new universe was called a 3D universe.
Many particles were combined to make planets and other interesting things.
Then there were many forms of life on these planets.
The inhabitants of these planets evolved, grew, and explored.
In their movement around their universe they visited many places
and found many materials that they needed and wanted.
Because this universe was set up with opposites,
these inhabitants were also grouped as "good" and "bad"
and sometimes ended up having wars with each other.

There was a planet that evolved which had a lot of water, beautiful trees,
and a variety of plants and animals
This looked inviting to the exploring beings.
These started out as peaceful beings,
but after awhile the "dark" (Bad) side took over.
More and more negatives showed up
until the Universal Council decided to end that civilization.
The earth rested. After many eons, another group of explorers started a new civilization.
Again the same thing happened:
The negative/bad side became so violent that the Elder committee again ended it.
Again years passed and another try at the 3D world was tried and failed.

The Elders watching all this decided that maybe
if there were some guidance for the earth people
they could overcome the negative aspects of their nature.
So this next civilization started anew.
These people could not get along any better that the others had done.
This time a great flood was sent.
Some of the people were saved and things got going again.
Over the years spiritual people were sent,
but their message was drowned in control and profit.
Over the years many wars were fought, and negative/bad again was in charge.
The people even made huge bombs big enough to destroy everything.

The Elders decided that they would "rig" the outcomes as the negatives were way ahead..
So there was planned a time where everything would seem to fall apart
and there would be a global reset.
Then the earth could have a clear choice to have a "golden age" of peace and love...or not.

Why is it that no one talks about the other universes??
We are all focused on THIS universe!!
All of them seem to be more advanced than this one.
This universe has many beings much like us
and that also have traits like us.
Good and helpful traits like the beings who taught us language
and beings (bad) who are controlling, and all about war.
Now as we sit on the brink of PERHAPS a new age,
we are hoping that THIS time we will not do
the same thing we have always done and enter
into another thousand years of wars and power elites,
or will we finally figure out how we can get along with each other
and have a thousand years of peace and prosperity.


Piece of a Dream/Vision:

I was not in this body, yet it seemed that I was "Me"
I was looking back at the year 2020. It seemed to be NOW.
But then it also seemed that there were different pathways
the people were deciding would be their new future.

One group liked one future,
and another group liked a different version.
What happened? Each group got the version they wanted:
The people who wanted a world of robots, of power and control...got it!
The people who wanted a more peaceful world, also got it!
However, they were all still subject to their universe cycles.
But then... a VERY few have learned about the different universes
and decided that they would no longer
be part of the crazy cycles of the earth.
They were then part of a greater universal world.
No more cycles of earth or its cycles.

During 29 years of deep research, Dr. David Hawkins
found that high-energy people counterbalance
the negative effect of low-energy people.
His findings were that one individual
who lives and vibrates to the energy of optimism
and a willingness to be nonjudgmental of others
will counterbalance the negativity of 90,000 people
who calibrate at lower, weakening energy levels.

Gives us a lot of hope!!

On a more personal note, I have been working on several ideas for a healing website.
In the far past I did have such a website, but I let it go.
I have a long background in healing and more recently studied a lot on energy healing.
I have many ideas for the content, but I'm still debating on the title.
I have secured a domain name already, but I keep reconsidering it.
Here is the current name..."Total Creative Energy";
however, I am thinking about several other ideas...
Since the focus would be on energy healing,
I did want to keep "energy" in the main title, but what else?

My visions and dreams continue.

Interestingly, one of Jane Roberts' "Seth" books on "Mass events"
had much to say about current events and how all kinds of events come about.
Interesting, as we are in the midst of mass events!

Glad to have the quails back, finally.
I don't know what happened to the earlier group.
This is really late for them so I was glad to see them.
Already they have lost some of the babies; so far there are eight babies.
I'm hoping they survive!

Just be aware that the next few months are the indicator of what the next five years will bring.
Also remember we are in charge of our future.