The Slap Heard Round the World 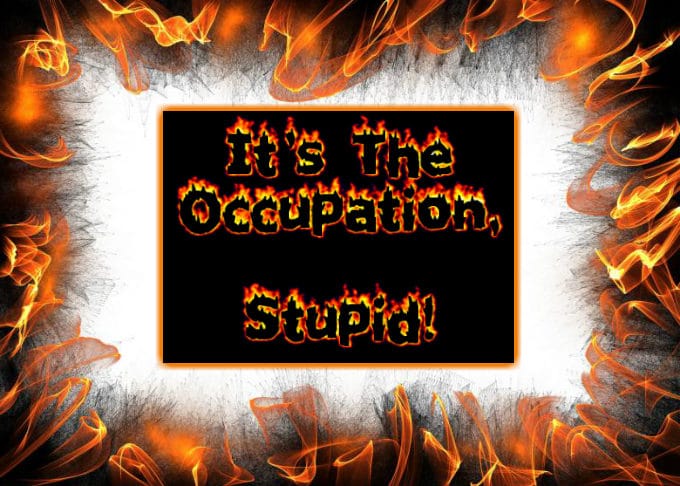 by Uri Avnery,  with Gush Shalom 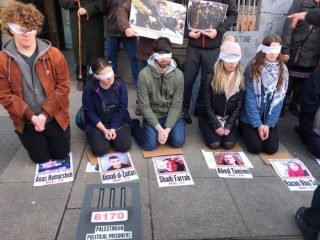 [ Editors note: We had been expecting to hear from Uri on the current Gaza Turkey shoot. The only thing missing from the latest Zionist crime against humanity in Gaza was IDF planes bombing and dropping napalm on the unarmed peaceful protesters who dared approach within 500 yards of the border fence.

Nobody knows the history of Zionist Israel better than Uri, and the cold reality behind the occupation which he lays bare below. He has also pointed out the pitiful reaction from most of the word capitals on the pre event publicized order by the IDF snipers to shoot unarmed protesters, including children.

The Israeli government would not have done this if it had any fear of major political blow back. And the reason of course is that it knows its long time espionage efforts to compromise foreign governments on their issues has a vice grip that will not be broken by any power that we see available.

All the security organization of these countries have to also been compromised. No country VT is aware of has broken up an Israeli spy network, military, industrial, academic or political espionage one.

These countries literally have given Israel a free pass, in return for greasing political party palms with financial support to win elections. Britain the the US are two of the worst examples, where political and financial elites partner with an enemy intelligence force to betray there own country. You just cant make this stuff up. 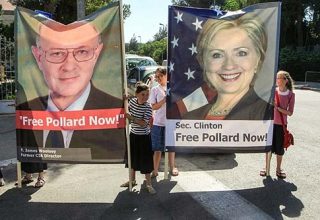 No major news entity has ever written a story on what is clearly the longest trusting mass act of treason in history, and a global one.

Here in the US the FBI is reduced to blocking Israeli espionage efforts, but is allowed try to learn what they have stolen so we can know that. But the FBI is not allowed to catch anyone. Such prosecutions are deemed a threat to our good relations with Israel.

How do we know this? Well, it is because when a foreign intelligence agency knows it cannot be prosecuted in gets sloppy about covering its tracks. The stories of what the Israelis have been able to do here would shock in the current crowd of sleepy disinterested Americans.

The secondary payoff there for the Israelis is it makes it very easy to recruit US operatives, especially Jewish ones, because no one fears getting caught and jailed. The Israelis dont allow that.

For our professional security organizations, the membership ones, to stand down on this attack on America, has stained them forever. Not one of them has ever done even a token one day strike in protest to make the public aware. Not only are they on their knees to the Israels, but they have put the rest of us there, also  Jim W. Dean ] 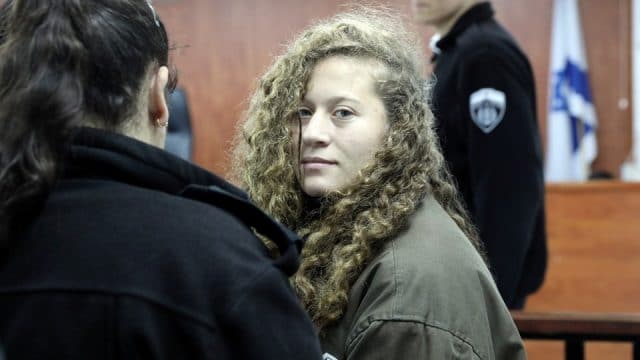 A Song is Born

A friend from overseas sent me the recording of a song. An Arab song, with a soft Arab melody, sung by an Arab girls choir, accompanied by a flute. It goes like this:

They thought the Palestinians are afraid of them because they are wearing armor and holding a weapon?
Palestine has been planted in us
As a dock for every ship
Our nation must be united and resist for the freedom of Palestine and the prisoners

Despite the softness of your hands
Your hands have shaken the world
Your hands returned the slap to the occupier
And returned esteem to the nation
Palestine has been planted in us As a dock for every ship
We are the land and you are the water.

If I were an adherent of the occupation, this song would frightened me very much. Because the force of songs is much stronger than the force of weapons. A gun wears out, but a song lasts forever.

In the early days of the Israeli army, there was a slogan hanging in our mess: An army that is singing is an army of victory!

On the eve of my 15th birthday, I joined an underground (or terrorist) group that fought against the British colonial regime. Almost eighty years later I remember just about every song of that time, word for word. Songs like We are unknown soldiers without uniforms and many more. Afterwards I wrote an anthem for my company.

I am not a poet. Far from it. But I have written some songs in my time, including Samsons Foxes, an anthem for my commando unit in the Israeli army. So I know the force of a song. Especially a song about the heroism of a 16 year old girl.

The moment I saw the scene of Ahed al-Tamimi boxing the face of an Israeli army captain, I knew that something important had happened.

I would add: Occupying another people tends to make you stupid, and a long occupation makes you utterly stupid.

In my youth, when I was already a member of the anti-British underground, I was working in the office of a British lawyer, many of whose clients were officials of the British administration. I often asked myself:

How can it be that such intelligent people can behave so stupidly? They were nice people, who treated even a lowly clerk like me politely. But they had no alternative: the occupation compels the occupier to behave stupidly.

It works like this: in order to uphold an occupation regime for any length of time, the occupier must believe in the superiority of his race and in the inferiority of his subjects, who are seen as primitive creatures. Otherwise, what gives them him the right to subject another people? That is exactly what has happened to us now.

The moment I saw the face-boxing scene on TV, I knew that something momentous had happened. The Palestinian people now have a national heroine. The Palestinian youth now has a model to emulate.

Ten-thousand British ruled hundreds of millions of Indians, until a skinny man called Gandhi went to produce salt on the seashore, contrary to the law. The Indian youth arose, and British rule fell away like a leaf from a tree in autumn. The same stupidity took hold of all the occupation enforcers who dealt with Ahed al-Tamimi. Army officers. Prosecutors, military judges.

If we were wise occupiers  an oxymoron  we would have sent Ahed home long ago. Expelled her by force from the prison. But we are still keeping her locked up, her and her mother.

True, some days ago the army realized its own stupidity. With the help of Aheds devoted (Jewish) advocate, Gabi Lasky, a compromise was worked out. Several charges were dropped and Ahed was sentenced to only eight months in prison.

She will be released in three more months. But that is too late: the picture of Ahed is already engraved in the mind of every Palestinian boy or girl. Ahed, the girl covered with blond hair, her blue eyes shining like a lighthouse. Ahed the saint. Ahed the savior.

The story of Ahed al-Tamimi happened in the West Bank. But it resounded in the Gaza Strip, too. For most Israelis, the Gaza Strip is something else. It is not occupied territory. It does not concern us.

But the situation of the Gaza Strip is even worse than straight occupation. The strip is completely surrounded. North and east is Israel, west is the sea, where the Israeli navy shoots at everything except for fishing boats close to the shore. The south belongs to Egypt, which behaves even worse than the Israelis and in close cooperation with them.

The situation in the Gaza Strip is as close to hell as one can get. Food at subsistence level, electricity for two to four hours a day, the water is polluted. Work is extremely scarce. Only the most severely ill are let out. Why? It has to do with the demon that plagues the Israeli government: the demographic devil.

In historical Palestine, the land between the Mediterranean and the Jordan river, there now live about 13 million people, roughly half Jewish and half Arab, with a slight edge in favor of the Arabs. Numbers are uncertain, but roughly there are 3 million Arabs in the West Bank, 2 million in the Gaza Strip and 1.5 million Arab citizens in Israel. The Arab birthrate is higher than the Jewish average.

These numbers disturb the sleep of many Israeli officials, especially politicians. They look for means to change the balance. They once had the illusion that if the situation in Gaza got unbearable, people from Gaza would emigrate. But it did not happen. Palestinians have become very tenacious.

Then a new fashion came up: just ignore the bastards. Just imagine that the Gaza Strip has sunk into the sea, as one Israeli politician once prayed. No Strip. Two million Palestinian less. 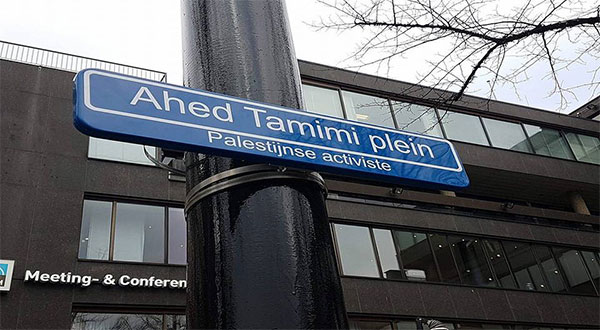 But the Strip is there. True, Gaza is ruled by the Islamic Hamas party, while the West Bank is ruled by Abu Mazens PLO, and the enmity between the two is vicious. But that happened in almost all liberation movements in history.

In our case, the underground split between the Haganah (Defense), which belonged to the official Zionist leadership, and the Irgun (Organization, short for National Military Organization). Then the Irgun split, and the even more extreme LEHI (Fighters for the Freedom of Israel, called the Stern Gang by the British) was born. They all hated each other.

But among the people, there is no difference at all. They are all Palestinians. Ahed is the heroine of all of them. Perhaps her model played a role in what happened last week.

For some time, the Gaza Strip was quiet. Some kind of modus vivendi had even come into being between the Hamas government and the Israeli one. The Israelis congratulated themselves on their cleverness. And then it happened.

Suddenly, as if from nowhere, the population of Gaza stood up. Hamas organized them to assemble on Friday near the border fence, unarmed. A prolonged campaign of passive resistance was to start.

When I was asked what would happen, I said that the Israeli army would shoot to kill. Simple: Israelis dont know how to deal with passive resistance. They shoot in order to turn it into violent resistance. With that they know how to deal. With more violence.

And that is exactly what happened last Friday, the first day of the campaign: snipers were posted along the line, with orders to shoot the ringleaders  anyone who stood out. 18 unarmed demonstrators were killed, almost a thousand were shot and wounded.

If anyone thought that the democratic world would stand up and condemn Israel, they were sadly wrong. Reactions were feeble, at most. What was revealed was the incredible hold the Israeli government and its Zionist organization has over the worlds political establishments and communication outlets. With few exceptions the atrocious news was not published at all, or as minor items.

But this cannot go on for long. The Gaza protests will continue, especially on Fridays (the Muslim holy day), until May 15, the Naqba (Catastrophe) Day, which commemorates the mass flight / expulsion of half the Palestinian people from their homes. Palestinian flags will fill screens around the globe.

Ahed will still be in prison.