For those who have followed the deep weeds of republican political games and schemes, the DeSantis flights from Texas to Martha’s Vineyard had a specific familiarity to them.

The transfer of Venezuelan migrants, illegal alien border crossers, from Texas to Massachusetts via Florida taxpayers and Ron DeSantis was/is, well, something republican strategist Lee Atwater would have come up with.  The protege’ to Atwater is a person more familiar to modern republican followers, Karl Rove.  Yes, the migrant transfer operation held all the political benefits of something very Rovian in its construct.

Take an issue like border security, central to the majority of republicans, add an element of targeted benefit and overlay an establishment playbook carried out by shadow constructs giving plausible deniability to the central planners in the backroom, and you get this type of operation.  However, there’s always a risk of taking things just too far and losing control.  An investigative article in the Miami Herald today has the elements of a looming backlash that needs to be avoided by the principle.

The Miami Herald is a notoriously left-wing super narrative machine, but when it comes to using their investigative resources to target a vulnerability in their opposition, they are akin to the New York Times in the sharpness of their attack.   If the story as outlined in the Miami Herald is even remotely accurate, the thirsty people behind DeSantis may have just set themselves up for a problem and created an ‘own goal‘ scenario.

Investigators are now picking up the first scent of blood in the water created by short-sighted DeSantis operators.  According to the lengthy outline, a contractor with intent to carry out the DeSantis operation has been identified by the media; she is known as “Perla.”  The outline of the operation now changes the national narrative, at least that’s the goal of the Herald, from Rovian political strategy into DeSantis using vulnerable migrants as political pawns. 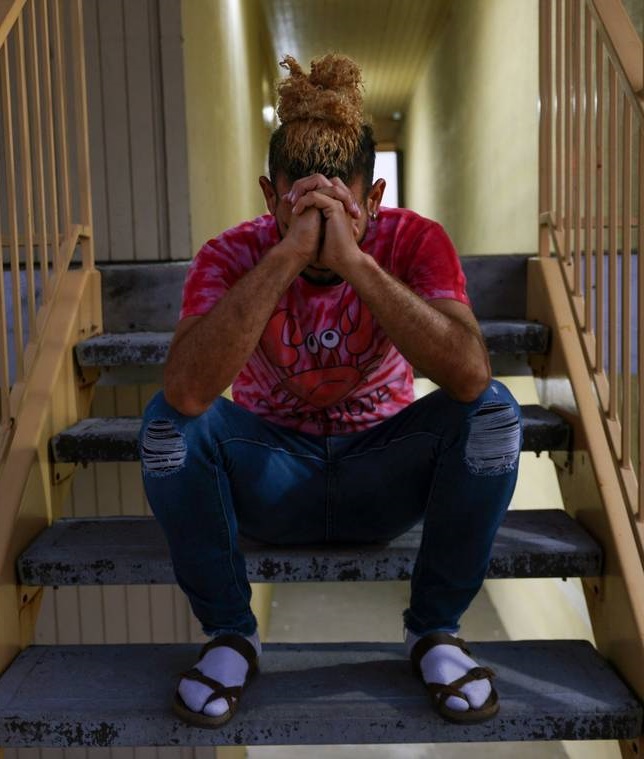 Miami Herald – […] Ultimately, the migrants interviewed by the Herald were the butt of the joke. They thought they were going somewhere. Five days before she knocked on the door of their motel rooms, the woman, who never told them her name, had recruited the migrants to join a secret operation to transport asylum-seekers out of Texas. She had approached them outside San Antonio’s migrant resource center and said she worked for an organization that she did not name.

[…] The week before, contractors working for DeSantis, including a woman known only as “Perla,” had organized two charter flights to Martha’s Vineyard, the Massachusetts island, as part of a taxpayer-funded program to remove “unauthorized aliens” from Florida.

[…] DeSantis has said he’s recruiting migrants in Texas for the flights because it’s easier to find them traveling together at the border than spread out in his own state. Critics called it a cruel stunt — and a misuse of taxpayer money — aimed at promoting a governor expected to run for president.

[…] DeSantis’ office did not immediately respond Wednesday when asked if the state of Florida was behind the latest recruiting efforts, or whether it had arranged the planned charter flight from San Antonio to Delaware that never happened. When shown photos of various recruiters, migrants from the Martha’s Vineyard flights and the group that thought they were destined for Delaware both recognized one image, of an unidentified woman with black hair.

[…] Christina Pushaw, the DeSantis campaign’s rapid response director, would write on Twitter that news of the Delaware flight was “disinformation.” (Like the governor’s office, the DeSantis campaign did not respond to a request for comment.) After the flight was canceled, the recruiters organized a bus to take Escalona and most of the others back from La Quinta to the San Antonio migrant resource center. But some migrants were never told about the bus. They were stranded at the remote hotel roughly 10 miles from the resource center, where migrants can get aid and shelter for a maximum of three days.

[…] All of the migrants interviewed by the Herald told similar stories. They were recruited by a woman in a black vehicle driving around the migrant resource center and then taken to La Quinta to wait. Although the destination was uncertain, the plan appealed to people who had no resources after making the long journey north from Venezuela.

[…] There were conditions to staying at La Quinta as part of the program. The recruiters warned him not to give out any information or talk about what they were doing. It still would have been worth it, he said, had he gotten to a state that provided more resources to migrants. He just wanted to work, and the woman’s offer seemed to promise that opportunity. (In reality, asylum seekers are not allowed to work immediately, although they have legal status in the United States.) Deiker José’s plan vanished the moment the flight was canceled. “I want to cry because I feel hopeless. I have nothing. How do I work? How do I survive?” he said. (read more)

There is a fine line between making a political point and being viewed as exploiting the desperation of vulnerable migrants.

I have no doubt the Rovian people behind the DeSantis campaign saw an opportunity to score major national points, and when combined with the ferocity of the Pushaw eastern European mindset there was likely an echo-chambered snark-filled joy of willingness in the plan.

However, if you do not see how this has the likelihood to be viewed as tenuously ridiculing by the larger Latino community in Florida, you likely don’t recognize when a joke turns into the bloom falling from the ruse.

Overlay Florida taxpayer money being used to fund the DeSantis national political game and, well, you already see the grins in the Lawfare crowd. 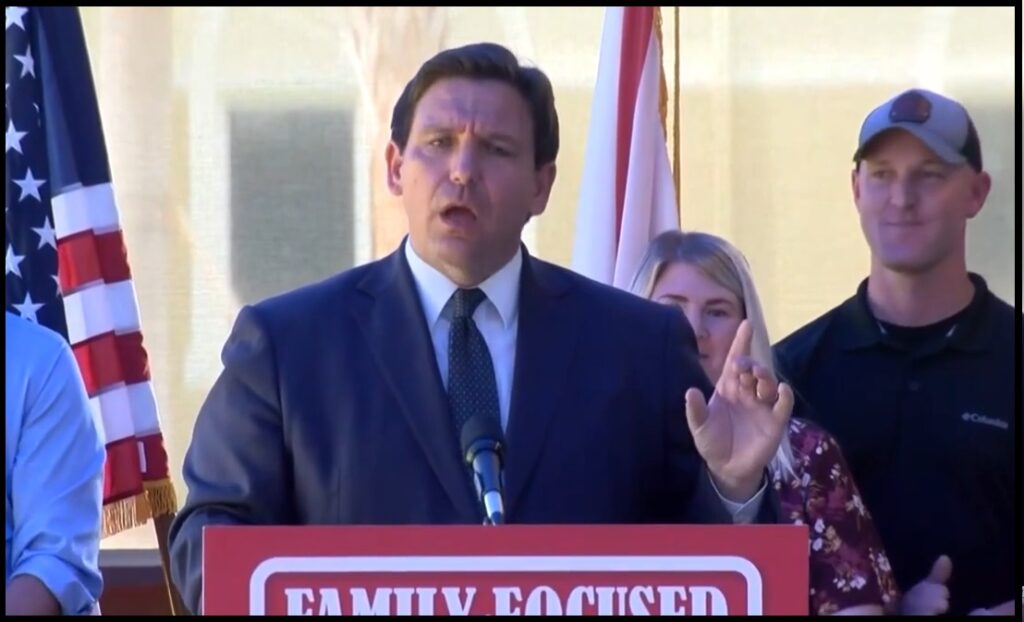