Abnormal vasoconstriction has not been studied enough IMO. 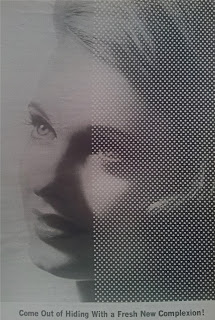 There is a plethora of info here, my main interest is on iodine supplementation's effects on the skin.

The premise is that iodism is caused by abnormal vasoconstriction and that iodine "acne", skin eruptions, etc are caused by plasma being forced out of capillary walls.

Iodine and its preparations not only do not, as shown above, cause vasodilation either in large or small doses, but they provoke constriction of all vessels, arteries and veins, because these vessels are supplied with a muscular coat, and owing to the excessive metabolism which they incite indirectly in this, the contractile layer of these vessels. This morbid phenomenon is aggravated by another factor: the presence in the blood of sufficient iodine to irritate the intima, a feature which, in itself, tends to promote constriction in vessels supplied with vasomotor nerves. What has been mistaken for general vasodilation is dilation of the capillaries. These delicate vessels not being supplied with a muscular coat or vasomotor nerves, are not morbidly influenced as are the others, but they suffer indirectly: the arteries and veins, by contracting inordinately, drive the blood into them and cause passive dilation. So great is the pressure in some cases, that the plasma is forced out of the capillary walls in relatively large quantities—sufficient, in fact, to cause oedema of the face, larynx, pleura, lungs, etc., and even to provoke their rupture,as shown by the ecchymosis, haemorrhages, hematuria, purpura,
menorrhagia, metrorrhagia, etc., witnessed.


Iodism.—This condition is due to the presence of an excess of iodine in the blood over and above the aggregate of this halogen required by the body at large.  This aggregate is represented by the iodine contained in the thyroid and parathyroids, the red corpuscles (which take up their thyroidase) and what reserve the body fluids and the different organs can accommodate.

Although, on the whole, large quantities of iodine or its salts, whether given in one dose or in many small doses, are more likely to cause iodism than small quantities, the question of dose is subsidiary to the condition of the patient. A very small quantity may thus produce iodism merely because the patient's asset in iodine is up to its maximum limit—his supposed "iodiosyncrasy." This is particularly the case in subjects whose thyroid apparatuses only able, owing to local disorders (goiter, for example) or deficient development, to take up a small proportion of this halogen. Any condition which inhibits more or less its excretion also predisposes the patient to iodism, by causing his asset to remain high... 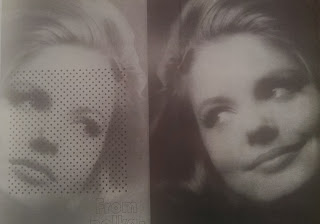 ... Cutaneous eruptions of various kinds, papular, vesicular, eczematous, erysipelatous, pustular, etc., may appear during the administration of iodine or its salts, especially of the potassium iodide. The presence of several of these eruptions coincides with that of other symptoms of iodism and with abnormal vasoconstriction; they are due to the fact that the latter condition, by causing retention of the drug in the capillaries of the skin, promotes therein disorders similar to those produced by external applications of iodine. The multiplicity of cutaneous disorders is due to the presence in these capillaries of different kinds of wastes: alloxuric bases, hypocatabolized cellular debris, various acids, etc., each of which affects the cutaneous elements in its own way. The underlying cause of all these eruptions, therefore, is the same as in all phenomena witnessed in iodism, viz., abnormal vasoconstriction.

All these phenomena, and the excessive constriction of the arteries, would not occur were iodine able to excite the thyropressor nerve.  But such is not the case. Even when taken in doses sufficient to produce acute poisoning, iodine and its preparations fail to increase the secretory activity of the thyroid. Were it, in fact, otherwise, this organ would waste its product whenever its own pabulum, iodine, would enter the blood...

...As to the quantities of iodine or its salts which produce iodism, the comprehensive research of Briquet in several hundred cases, led to the conclusion that "the greater the dose of any iodide, the greater the likelihood that iodism will appear, and that the symptoms will be severe"—contrary to the prevailing opinion. He cites, moreover, cases reported by Bresgen, Negre and Petitjean in which large doses would produce it, while smaller doses would not. According to my own interpretation of its effects, the nearer the patient's condition approximates normal health, the greater are the chances of his developing iodism. I have not only observed this fact clinically, hut Ricord, Jullien and Wood, according to Briquet, have observed that syphilitica appear, on the whole, to be practically immune to the morbid effects of  iodides as compared to others. There is no doubt, moreover, that very small doses can produce iodism in accord with the prevailing view. In one of my goitrous cases, less than 1 minim (0.065 c.c.) of the tincture of iodine daily produced it; Rilliet observed that even sea-air and cod-liver oil sufficed to awaken morbid phenomena in these cases. Gautier confirmed the observation as to the influence of the sea-shore. and refers to a case in which poisoning followed "the application of iodine dressing to a tooth by a dentist." The reason for this becomes self-evident if interpreted from my standpoint. While Baumann found that the amount of iodine in the thyroid was greatly reduced when this organ was diseased, Ewald observed that in advanced colloid degeneration of the gland only traces of iodine were present. The loss of the body's great storehouse for this halogen accounts for its accumulation in the blood and the readiness with which morbid phenomena are produced. This indicates how the organism resents even minute quantities when they exceed the physiological limit. Indeed, irrespective of the presence of goiter, small doses may also provoke iodism. Hynes reported a case in which 3-grain (0.2 gm.) doses brought on haemorrhagic rash; and H. C. Wood one in which 6 grains (0.4 gm.) daily brought on violent conjunctivitis with facial oedema.

The presence of iodine in the cutaneous secretions has been shown by R. W. Taylor, and other ohservers have found it in the saliva, nasal secretion, milk. etc. Its morbid influence in the production of the cutaneous disorders during elimination is generally recognized. Cushny writes: "That a similar action on the skin may he induced by iodine and iodides is shown by the application of iodine to the skin, being often followed by eruptions which are not confined to the point of application, but spread." That toxic wastes must be retained as well as the iodides in the cutaneous capillaries hardly needs to be emphasized; their influence in the pathogenesis of eruptions is also well-known.

The list of symptoms observed in iodism could be considerably lengthened—sufficiently so, in fact, to show that the three degrees of passive capillary hyperemia: the simple, exudative and hemorrhagic, can be provoked by iodine and its preparations in all organs. The fact that such an array of phenomena can be explained by this one general mechanism, affords in itself conclusive proof of its soundness as an explanation of iodism—especially in view of the fact that the physiological action of iodine has remained unknown.

source: The Internal Secretions and the Principles of Medicine 1917 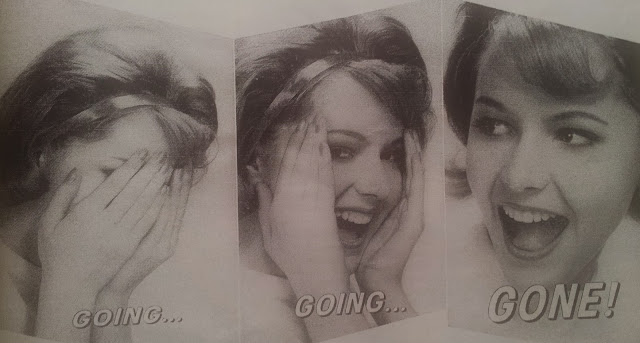